Animal cruelty represents what is wrong with the world; where humans feel they have the right to exploit animals for commercial gain. The only solution is to find a way the world cannot profiteer from these animals. This is why FOUR PAWS has joined forces with various other NGO’s in the fight for better animal welfare standards about the globe.

Women have historically been the leaders of the animal welfare movement, and for many centuries' women have outnumbered men in the animal welfare world. During the later 1800s and early 1900s, many of the first animal advocacy groups were founded and led by strong and dedicated women. At FOUR PAWS, there are many compassionate and head-strong individuals who have shaped our organisation, and now, we celebrate by introducing a handful off our inspiring female animal guardians who are dedicating their lives to make the world a better place for our rescued animals.

From teaching orphaned orangutans essential forest skills to one day survive alone in the wild, on the front line of a rescue mission, to rehabilitating abused bears and big cats – our female guardians in our sanctuaries are stepping up and caring for animals in need. 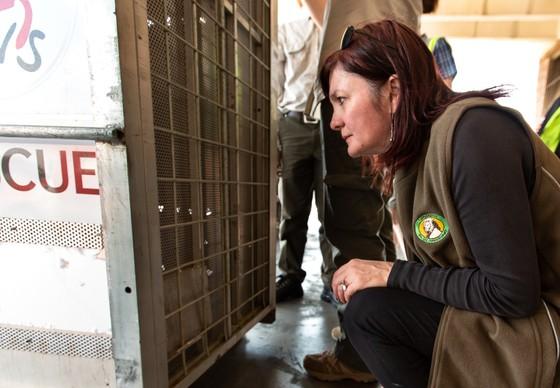 To put it simply: If Ioana was the captain of a ship with a storm approaching, she would be the one making tough decisions to get the whole team safe on the other side. She never gives up on an animal, and by being persistent and giving direction, she gets the job done and the animals to safety. Team spirit and humour are part of her successful formula. 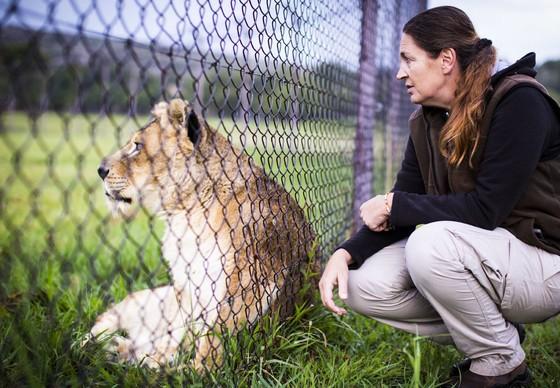 Along with her team, Hildegard takes care of more than 100 rescued big cats – a job that calls for focus and dedication. These big cats coming from private keeping, intensive breeding farms, zoos and circuses. Inadequate nutrition from early on has led to a large number of them needing supplementation whilst the older big cats with special needs might need medication – some daily. Aside from these intensive tasks, enclosures need to be maintained, enrichment needs to be prepared for the big cats and there needs to be careful monitoring of the animals to make sure we detect any medical problems as and when they arise.

For more than 15 years Hildegard has called LIONSROCK her home. 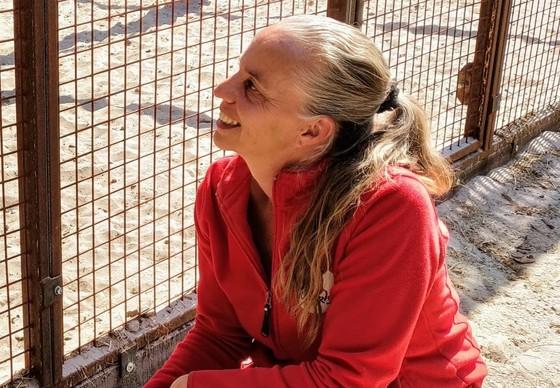 When FOUR PAWS International was requested to help a Dutch rescue centre in late 2013 and this led to a complete takeover. Simone came on board right after the takeover and turned the centre into a safe, high-quality special care centre for traumatised big cats who require special care and a second chance in life.

Simone says “How we treat animals also says something about our civilization. Sharing our work with as many people as possible creates a conversation about animal welfare and how we want to treat the world and its animals. The animals at FELIDA deserve a second chance like no other!" 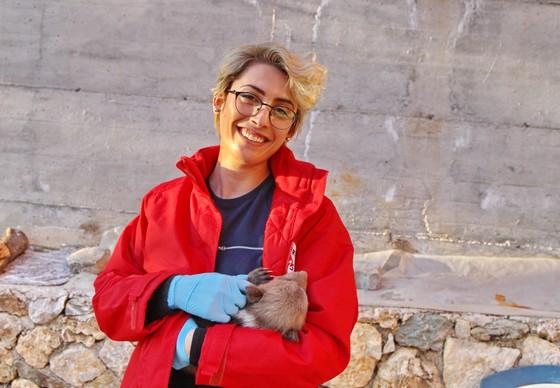 With over 20 brown bears all rescued from private keeping in Kosovo and Albania, Albana manages their care and the other caretakers at the sanctuary. She works on training all the bears – which is an important part of her job. Usually, for Albana, her day begins by checking if all the enclosures are in good condition along with the bears, as well as the preparing the medications for those who need them. As she cared for one bear, in particular, Andri, since he was just a month old, she is particularly bonded to him.

"The fact that I'm able to help animals in need, those who don't have a voice to speak for themselves has always made me feel motivated to contribute more and more, and especially when I see our bears relaxed (smiling at me) is an extra inspiration for my daily work at the sanctuary. Since I started working for the sanctuary, I noticed a big change in my society and their mentality toward animal welfare, I always try to spread the word on how important it is for every one of us to treat animals right and how much impact we can all have in making things better in a large scheme," says Albana. 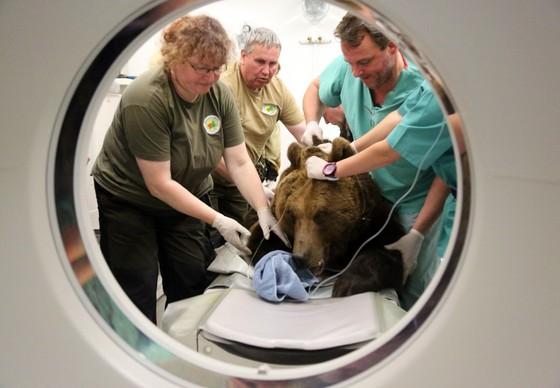 Sabine takes care of the rescued animals of the German bear sanctuary. Feeding the bears and caring for them in case of illness, doing medical training with them and giving them behavioural and environmental enrichment.
She loves all the bears individually, as each bear has its own character. But sometimes you can have a special relationship with an animal, and for Sabine, that is bear Balou. Sabine expresses "Animals cannot speak for themselves. And that is why it is so important that we as human beings raise our voices for them and stand up for them.” 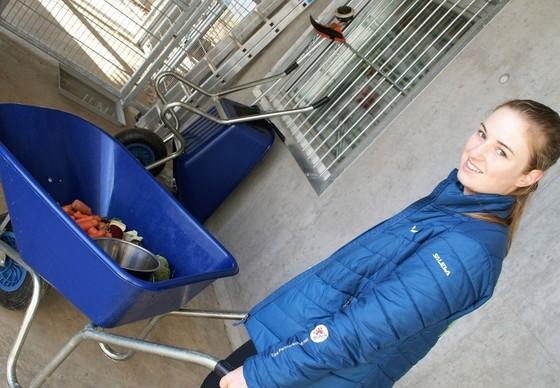 As an animal caretaker,  the main three tasks of Irina and her team are the security of the enclosure, the feeding and observing of the bears and the contact to our visitors with the educational aspect. In the mornings, the first thing to do is to check the security check of our fences. Then we separate the bears in the inside enclosure for some time and hide the food in the outside enclosure. Afterwards, the bears are let out again, and also preparation for the exhibition for the visitor. The sanctuary opens at 9 am, and from then on, Irina mainly provides information to the visitors or does guided tours. In the course of the day, lots are done to keep the bears busy and entertained. For Irene, she says "I honestly couldn't tell who my favourite bear is, because all of them are important to us and they’re all unique with their own character. But I have to say that Napa is the most special for me because he was our first bear in the sanctuary and therefore, we know him the best. 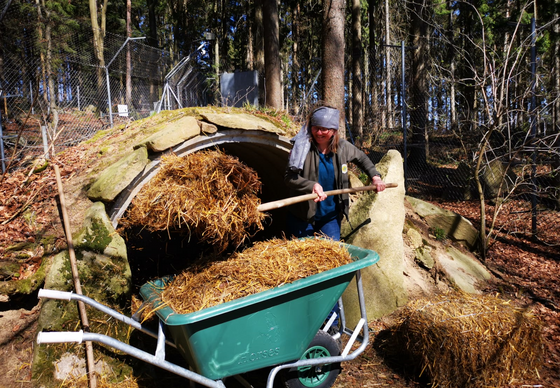 Gerlinde can be found in hills of Austria working on a daily basis to care for the bears rescued from bad and private keeping, as well as ensuring their stories are told by writing copies and taking pictures and videos of the bears for the sanctuaries' social media and website. Gerlinde also does some administration work and guided tours at the sanctuary. She believes that “We should treat ALL living beings respectfully and with care till their very end." 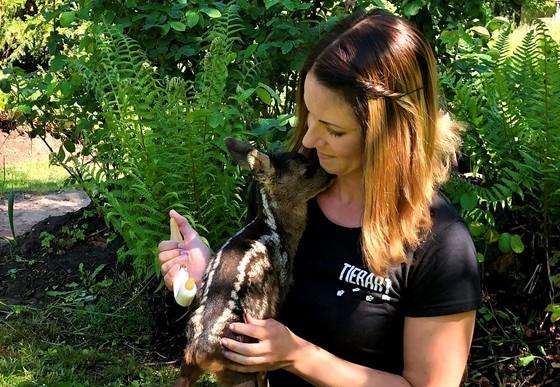 Eva's daily routine at TIERART is very varied and therefore very exciting. She is mainly busy in the office with administrative and organisational work, but if there is a need she also helps with the care of the animals and supports the rearing of young animals or outdoor work when injured animals need to be rescued.
There is a wide variety of animal species we care for at TIERART and individual stories behind them. Every animal can be fascinating, no matter if it is a proud tiger or a small squirrel and Eva says "it is a privilege to be surrounded by tigers, raccoons and other wild animals every day at work. If I had to choose a favourite animal species, it would be foxes, in addition to big cats. They are very intelligent, fascinatingly beautiful and, unfortunately, they often have a bad reputation as chicken thieves or disease carriers.  My first bottle-fed baby at TIERART was a fox and for me a special experience." 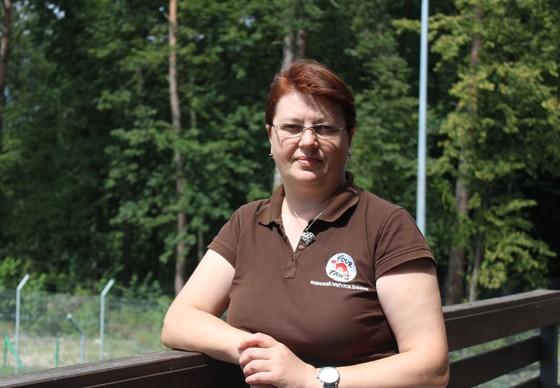 In 2018, Naraliya began as Chief Caretaker, and now her work continues as a Chief Caretaker managing staff of 6 animal caretakers, animal welfare (food ordering, ordering and managing intake of prescribed medications, organisation of bears rescues and  vet checks), managing construction site (checking if contractors are filling out sanctuary requirements). Also to manage the control and development of emergency plans in the sanctuary and environmental education.

Nataliya expressed " All animals are special for me and I’m happy they are in a safe place now. They all require a lot of attention, some of them even more than others. Our team including me are happy to see improvement in health, behaviour, and socialisation process of rescued bears. By the end of the construction period, our sanctuary can house up to 30 bears, every rescue is very special work and unique experience for me." She says that "through bear eyes, we can see how much they suffered in a previous life. Our team is working hard on the rehabilitation of the bears and building a new trust." 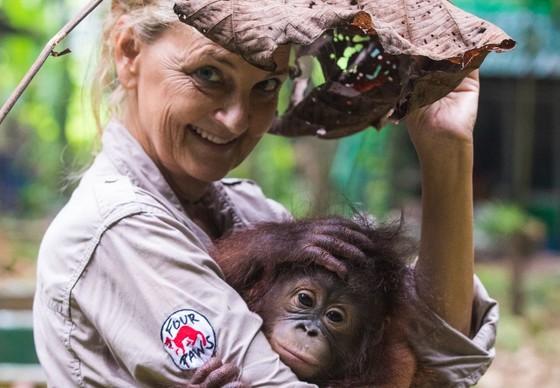 FOUR PAWS has been committed to the rehabilitation of traumatised orangutan orphans on Borneo for over ten years. After restructuring the activities on-site, FOUR PAWS opened the ORANGUTAN FOREST SCHOOL in East Kalimantan in May 2018.

Under the lead of the renowned Primatologist Dr Signe Preuschoft, an Indonesian team consisting of caregivers, biologists and veterinarians takes care of several orangutan orphans and prepare them for a release into the rainforest.  Dr Preuschoft’s vision is to become a global voice in great ape rehabilitation and to improve the state of great ape rehabilitation worldwide. 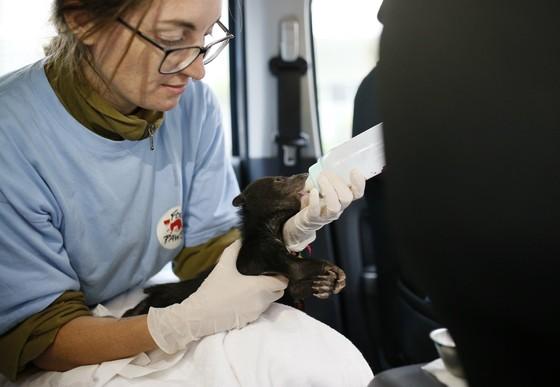 Emily Lloyd is responsible for the rescued Asiatic Black bears, and the team of caretakers and veterinarians who manage them. This involves the design and implementation of ever-evolving nutrition, husbandry and enrichment protocols for bears of all ages and health statuses, managing integrations, hand-rearing rescued cubs, training local bear caretakers etc etc.  She also organises the logistics and is overall lead for all FOUR PAWS bear rescues in Vietnam, works on facility design, construction and maintenance as well as advising other rescue centres in Vietnam.  She has been working on this project since it’s inception and was previously chief keeper at FOUR PAWS BEAR SANCTUARY Prishtina. Emily says "We hope to continue to expand and rescue more bears, contributing to the end of bear farming in Vietnam, whilst providing the highest standard of animal care."

There are many more wonderful, determined, passionate and knowledgeable women in the FOUR PAWS family, and to all of them we say thank you!

Together, we can make change, petition governments to change laws, raise awareness for consumers to change their behaviour and rescue and protect more animal in need. 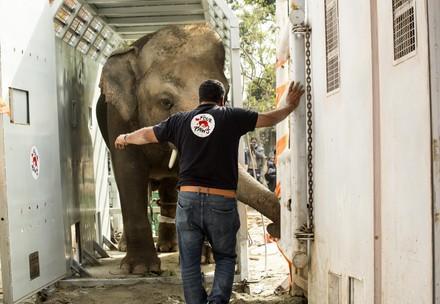 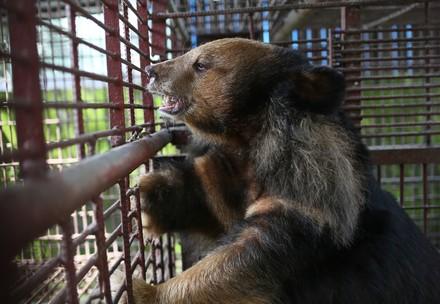 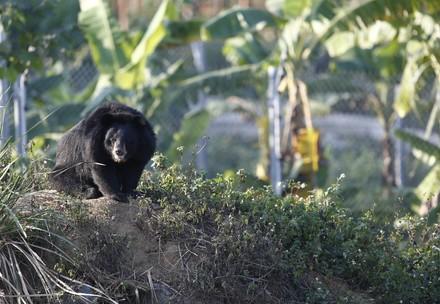